Kratom are perfect herb for taking care opiate withdrawal but not only opiate, kratom can taking care any drugs withdrawal effects and as a Natural Painkillers. 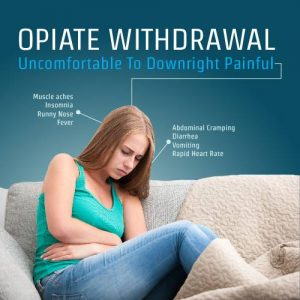 Kratom, simply put, is an opioid agonist. This is just a fancy term meaning that it mimics the effects of opioid drugs such as heroin, morphine, hydrocodone, oxycodone etc.

You’ve probably heard of the medications Suboxone, Subutex and methadone. These are also opioid agonists, and they tend to eliminate opiate withdrawal symptoms and cravings especially well.

The only problem is that many individuals are now stuck on these powerful medications, due to them being a lot harder to come off than one might think. Mitragynine, the major alkaloid in kratom, is a partial opioid agonist producing similar effects to morphine.

An interesting minor alkaloid of kratom, 7-hyrdoxymitragynine, has been reported to be more potent than morphine. Both kratom alkaloids activate supraspinal mu- and delta- opioid receptors, which is the main reason the plant alleviates withdrawal symptoms so well.

Why is kratom recommend as a remedy for opiate withdrawal?

Kratom contains many unique alkaloids that we are just beginning to understand the effects of, but some people have used Kratom to ease withdrawal pain, reduce cravings and act as a home remedy from hydrocodone, oxycodone, oxycontin, suboxone, heroin and other narcotics.

What are the effects of consuming kratom?

The effects of kratom when consumed orally or chewed in leaf form have been described as less intense but similar to the feeling of opioids. This has labeled some people to call it Natural Painkillers. Kratom is described as stimulating at lower doses and more sedating at higher doses. Most would agree it’s far less powerful and much less addictive than prescription Natural painkillers.

The trick to using kratom is to use it only when you HAVE to get you through your worst opiate withdrawals, without relapsing. Use it only as tool and treatment to help you deal with your most acute heroin, opiate withdrawal pain.

How long do I take kratom for?

If you can make it through the worst 3 – 5 days of kratom for opiate withdrawal, you can recover without relapsing. So if you need to use it as a non prescription withdrawal supplement, make sure you only use it for 1 -2 weeks max because it can create dependency, and that’s the last thing you need.

What types of Kratom are there?

There are a number of different kratom kinds, but common strains of kratom for opiate withdrawal include:

Kratom comes in these common forms:

How do I use Kratom for opiate withdrawal relief?

How much Kratom should I take?

You should use kratom as a tool for the hardest times of opiate withdrawal. Use it so that you don’t relapse when you hurt the most. IFt’s a medicine to help you through your most painful times and then you should stop as soon as your withdrawal ease off. Best Natural Painkillers

Kratom dosage may be vary’s based on your height, weight, sex, age and experience. It’s really hard for anyone to tell anyone how much to take. As you should do with everything, always test small to start. You could try 1 – 3 powdered grams and see how it affects you. People also take it on an empty stomach. Then you can adjust your kratom dosage up or down as needed.

Popular ways to take Kratom include:

Kratom toss and wash method – This is when you take however much kratom you want to take and throw it in the back of your throat, then wash it down with juice or a beverage of your choice. This is Popular ways to take Kratom and proven with efectiveness.

Kratom milk shake method – Get a small bottle of chocolate milk and dump your dose of kratom in the milk and shake. This mixes well with kratom while a number of other liquids don’t mix very well.

Kratom tea method – Kratom tea is another very popular way to consume. Most people put their desired kratom in water and squeeze a fresh lemon into it. Then boil for 20 minutes on med-low. After which strain the kratom and consume the liquid.

Kratom capsules – You can also cap your kratom and then just swallow the capsules so you don’t have to taste it. Or buy it prepackaged.

Whats the best types/ strains/ kind of kratom to use kratom for opiate withdrawal?

Maeng da Kratom – Maeng da is known to be good for dealing with cravings, giving energy and making it so your body doesn’t hurt, so it’s all around good kratom for opiate withdrawal.